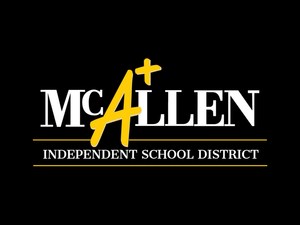 Get your copy of the Facilities Education Master Plan! Click Here

For approximately two years, McAllen ISD has held far-reaching discussions with staff and the community as it developed the District’s Strategic Plan. An astounding more than 2,000 people gave input. At about the same time, the District began conducting an intense study into its facility needs, working to develop a Facilities Education Master Plan that would be aligned with the Strategic Plan.

The District also reached out to the community about facilities needs through a series of town hall meetings, focus group sessions, and through a survey.

The District held 8 Town Hall Meetings from December 2016 through February 2017, where it provided presentations to the public. At these meetings, MGT’s experts on school facilities presented their findings to the public. They covered issues and solicited feedback on rezoning, old and new facilities and construction of new buildings.

The District also held 9 MGT Focus Group Sessions. At these meetings, MGT’s experts on school facilities presented their findings to the public. They covered issues and solicited feedback on rezoning, old and new facilities and construction of new buildings.

In spring, 2017, MGT conducted a survey of the community, which included parents, district staff, community and students. There were 1,239 respondents. Here is the result from some related questions.

Should the district consider closing under-utilized schools in order to reallocate operating funds to other schools?

Should the district adjust enrollment by moving students?

Should the District think about strategic selling of district properties?

During several Board workshops throughout the last few months, the board has been involved in budget discussions related to reduced enrollment (down from 25,622 during the 2010-2011 school year to 23,725 during the 2017-2018 school year – snapshot numbers) and facility needs, including the possible repurposing of buildings. Much of the discussion is led by the District’s commitment to improve safety and security in light of the recent focus on safety across the country. These were meetings with the School Board, open to the public, in which facilities needs and proposals moving forward were discussed.

At the same time, the District made steady improvements, while also implementing new efficiencies regarding its facilities. The District also worked hard to inform the community about that by offering reports every month for the past three years (starting in September 2015), posting videos of those reports on the front page of the district website, and then reminding the community every month through social media, inviting the public to go to the linked webpage to learn more.

In February, 2018, the District held a Town Hall meeting on school security and safety.

Following a series of Board workshops that were posted and open to the public, Administration presented a Facilities Education Master Plan on April 18th, 2018. The Plan was then approved by the McAllen ISD Board of Trustees on Monday, April 23rd, 2018. The Plan is aligned with the District’s Strategic Plan and centers on six standards:

The plan is centered on providing an improved and safe setting for the District’s early college high school, a National Blue Ribbon school. Presently, Achieve Early College High School is located in a cluster of portable buildings situated on the South Texas College Campus. Discussions held between STC and McAllen ISD indicate there are no options for improving the situation on the present site in the foreseeable future. Therefore, the District is proposing that Achieve students be moved into Lincoln Middle School, which is located approximately two blocks from STC. Superintendent Dr. J. A. Gonzalez prefaced the presentation by explaining that the proposal is not based on performance. “On the contrary, Lincoln Middle School staff has done a tremendous job. Our recommendations are made based on what is in the best interest of the district moving forward.”

The campus’ name would be changed to Achieve Early College High School at Lincoln, with a special area set aside and designated to lay tribute to Lincoln Middle School’s illustrious history. Also, additional revenue may be available to the District if portions of the campus are rented to STC.

Lincoln students will be welcomed, with expanded cheerleader rosters, for example. Band, choir, and athletic programs would also work together to welcome and accommodate the Lincoln students. In addition, the Lincoln MS staff will go with the students and their employment will be protected.

In addition, the District’s Staff Development would be moved to the Fine Arts Building at Lincoln, freeing up the present Staff Development Building at Lamar to be converted into one of the proposed Science Labs that the District has been envisioning at each of the high schools. This would also make it possible to follow through with another safety priority for the District -  enclosing Lamar Academy with a new fence to enhance security at that campus.

Repurposing a facility is also proposed for an elementary school because of declining enrollment. Administration proposed repurposing Navarro Elementary School to house the Head Start and the offices of Special Education.  Students presently attending Navarro Elementary would be moved, with 232 students (living in an area flanked by Camelia Ave., 23rd St., Gumwood Ave., Bicentennial Ave., Tamarack Ave., and 10th St.)  moving to attend Seguin Elementary and 72 students (living in an area flanked Gumwood Ave., 23rd St., Business 83., and Bicentennial Ave.) moving to attend Wilson Elementary. In addition, the District will work with the city to assist parents with transportation to Wilson and Seguin through the city’s transit system. The Navarro Elementary staff would also be protected. They would be moving with the students.

As we move forward, the District has scheduled meetings to update staff and parents.

For Parents from Lincoln and

This move would also make it possible for the District to bring in revenue through sale of property.

The District has been steadfast in its efforts to make steady improvements and then to continually report its progress to the community.

“We have made concerted efforts to be transparent with our community and staff. Since July of 2015, McAllen ISD has been issuing reports every month detailing facility improvements – with a concerted focus on improvements involving safety - as they are made,” said Dr. Gonzalez. Those reports take place at our Board meetings.  In addition, every report is then posted on the front page of the District website (under the “Community” heading) as individual videos. The link to the webpage containing every video report is then pushed out via social media. Staff “tweets” the link every month, inviting the public to learn details about the District’s steadfast work towards facility improvement.

This Facilities Education Master Plan - a living document – is the blueprint by which the District may continually assess the needs of its school facilities with an emphasis on quality teaching and learning environments. The District identifies the priorities that set our Facility Needs Standards and ensures viable and dynamic planning that ultimately supports quality teaching and learning.
The report provides information related to each of the six standards:

Beginning in June of 2015, the District utilized a systematic approach to addressing facility concerns, with a special emphasis on addressing the safety and security needs at our schools. Safety projects included:

  Redesign of entrances to school buildings in order to create a security buffer,

  Upgraded fencing along the perimeters of our schools,

  Security huts situated at the entrances to our school areas, and

In addition, Life Cycle Replacement Schedules were created, to ensure new efficiencies within the different systems.

STANDARD 2: EDUCATIONAL SUITABILITY
Each school receives one suitability score, which applies to all the buildings at the facility. The educational suitability of each school was assessed by a trained and experienced evaluator. Age of facilities is a major component in the scores.

Analysis of each facility’s strengths, weakness, and deficiencies includes an evaluation of its ability to house the technology infrastructure needed by a 21st Century learner. To assess the district’s facilities based on education program needs, The Department of Technology has evaluated the current needs of the district and has referenced recommendations from MGT (Consulting Group). MGT created an Educational Suitability and Technology Readiness Reference Guide based on the facility standards defined by the Texas Education Agency (TEA) and expanded to more clearly define expectations for each type of space in each school.

A thorough, thoughtful, analysis of each facility’s strengths, weakness, and deficiencies is made. Deficiencies identified through the master plan result in options for a corrective plan of action. This includes possible repurposing of buildings, consolidation of underutilized buildings, and sale of property.

The Cleanliness, A/C, Safety, Technology, Lighting, Exterior survey was created by McAllen ISD to further engage site managers (Principals and Assistant Principals) in the daily operations of their school buildings. By completing a weekly survey with a rating system of 1-5, the campus team acts as first responders in case of an issue, notifying the Facilities, Maintenance and Operations (FM&O) Department immediately after an operations issue is observed. In addition, the CASTLE survey assists FM&O to better identify and manage problematic areas, serves as a reference point for project and equipment replacement forecasting, and helps us better manage potential risk situations. Originally designed to be completed on paper, CASTLE ROUNDS evolved to an easy to use Google Form integrated into the FM&O Google Classroom. This way, site managers complete the survey on their electronic tablets as they walk and review their sites. Forms are submitted electronically, and the data is extracted, categorized and formatted into a color coded grading system in real time.

McAllen ISD leveraged all its resources to develop this comprehensive Facilities Education Master Plan. This includes a report compiled by MGT of America Consulting, LLC (MGT).

The Facilities, Maintenance and Operations (FMO) Department was tasked to create a multi-year facilities plan that would include the repair and replacement of items throughout the district. After the first draft was reviewed by the Executive Leadership Team (ELT), additional guidance and direction was provided to guide the plan in its entirety. The FMO Department gathered all its replacement schedules, past assessments and additional resources to compile, sort and provide a district-wide “Deficiency” list based on current needs.

A committee was developed to review this list and prioritize the items/services according to the district’s new plan of action. The created committee was composed of several directors and FMO supervisors with knowledge of current state standards in their trade and knowledge of previously completed projects in their department. Together, this committee reviewed the deficiency list and prioritized the items under a 1-5 category with 1 being a high priority item and 5 being a low priority item. After this list was updated, the committee members set off to each campus to verify the list with campus staff and administrators. A future facility planning list was also drafted and reviewed to encompass the district’s needs for the next 10 years. All project items on both lists were updated to reflect the most current RS Means Data (2018) available. RS Means provides cost information to the construction industry so the contractors in the industry can provide accurate estimates and projections for their project costs.

In addition, the media provided numerous reports informing the community about topics involving low enrollment or facilities needs. They include the following: